OurTupelo Stay in the Know With OurTupelo
Home The Lifestyle The Culture Districts scramble to understand, comply with governor’s last-minute delayed schools order 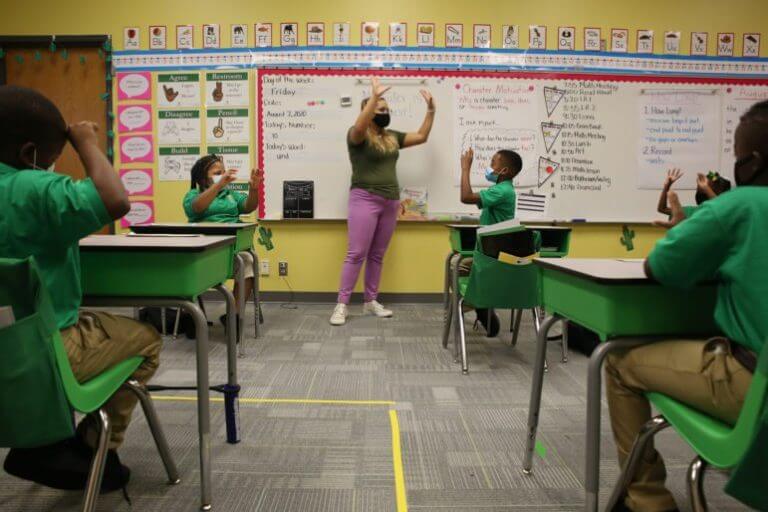 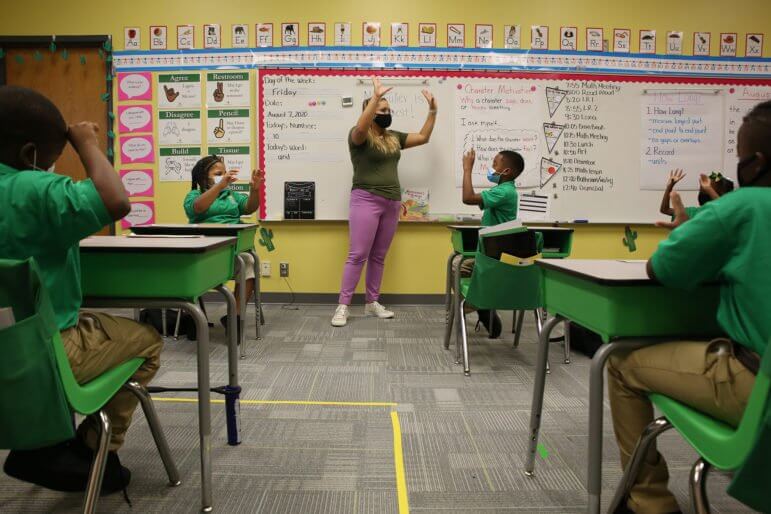 Donna Boone was ready for her school to reopen.

The superintendent at Forrest County Agricultural High School said her teachers received professional development, plans were in place, and parents had already decided whether they wanted their child enrolled in traditional or virtual learning for the new school year, scheduled to begin Aug. 10.

But then news came that Gov. Tate Reeves would make an Aug. 4 announcement about whether to reopen schools across the state, which has become one of the nation’s worst COVID-19 hotspots. Boone said she knew “there was a possibility that he was going to push it back, but we thought it would be for all of us.”

She watched the governor announce his decision in real-time Tuesday afternoon, when he said districts in just eight counties deemed coronavirus hot spots would have to push back their reopening date to Aug. 17 for grades 7-12. Her county, Forrest, was one of those counties, along with Bolivar, Coahoma, George, Hinds, Panola, Sunflower and Washington.

The school now plans to open its doors with in-person learning on Aug. 17. Parents have the option to opt-in to virtual learning, but most chose face-to-face instruction, she said.

“I won’t tell you that I wasn’t surprised,” Boone said of the governor’s announcement. “We find out everything when the public finds out everything.”

Boone is one of several school leaders forced to make last minute adjustments to already complicated school reopening plans. Before Reeves’ announcement this week, schools across the state were directed to decide for themselves how and when to open their doors this fall.

But Reeves’ decision further complicated those previous plans for several school districts affected by the order. Especially in districts previously scheduled to reopen virtually, there is confusion about whether they can do so.

Reeves’ order affects less than 7% of students in the state. However, 13 of the 21 school districts were planning to open before Aug. 17, so the other eight are not affected by the order. Six of these districts were already planning an all-virtual opening before Aug. 17 and are now fielding mixed messages about whether that’s allowed under the governor’s executive order.

The language in the executive order simply strips the power of local school boards in those eight counties to set the date for the opening of the school term for grades 7-12, and it sets the start date 2020-21 school year for these grades in these counties at Aug. 17. But the order does not mention virtual learning.

When asked by a reporter on Tuesday whether schools that had already planned a fully virtual opening could still do that before Aug. 17, Reeves responded: “There is absolutely no prohibition of virtual learning, of teaching, of catching kids up.”

But this answer conflicts with guidance school leaders are receiving from state education officials. In an email to superintendents, the Mississippi Department of Education wrote they reached out to the governor’s office for clarity on the executive order.

“We were advised that the delay in the academic year applies to all types of school schedules: virtual, traditional or a hybrid schedule,” the department wrote to the superintendents. “Therefore, school districts in the eight counties identified in the order may not start school for grades 7-12 until August 17.”

The mixed messages have spurred confusion at the local level.

At the Leland School District is in Washington County, officials were planning to start school Aug. 10 completely virtually. Alexandra Melnick, a high school English teacher at the Leland district, said when she first heard the governor’s announcement she thought her school wouldn’t be affected.

“This is the most confusing part. We all were very confident that (Reeves’ order) does not affect us at all because we’re doing the right thing. He even said in the conference that he’s not talking about us (districts going back virtually),” Melnick said.

Since the order came down, Leland has pushed all school — virtual or otherwise — back to August 17.

“There’s no good line of information from the governor’s office,” Melnick said. “I totally get why (the change) happened because nobody wants to be found out of compliance with an executive order.”

She’s frustrated that the order came this late in the pandemic, this close to the start of school and at this point in time when schools have spent months nailing down their plans for reopening. Instead of having adequate time to interpret the order and plan accordingly, districts are realigning their entire calendar year on a moment’s notice.

“That’s what’s so ridiculous about how Tate Reeves and MDE for that matter is behaving,” Melnick said. “They’re acting as if the decisions they’re making give us enough time to discern what’s going to happen. But in reality it’s causing an immediate, next-hour impact to all of these districts that were planning for three months.”

In the Forrest County School District, superintendent Brian Freeman said the executive order led him to make the decision to postpone all grades’ return to school to Aug. 17, rather than have grades K-6 return on the Aug. 10 as was originally planned.

Like Forrest County AHS, Freeman’s district reached out to the community to ask what they wanted and landed on in-person instruction with the option for parents to choose all virtual. So far only about 20% of families have chosen virtual, he said, but after the governor’s announcement the district reopened virtual registration in case parents changed their mind.

South Panola School District, Coahoma Early College High School, and others moved their start dates back in compliance with the order. But others like Greenville, Clarksdale Municipal, and Sunflower County Consolidated districts had already made this decision ahead of the governor’s announcement, so the executive order did not technically affect them.

Sunflower County Superintendent Miskia Davis said the district pushed school opening back until September 8 more than a week ago. Instead of planning for a hybrid model, students will participate virtual only.

“We were closely watching the numbers, and noticed that the trajectory did not support our initial hybrid plan,” Davis said in an email. “The Sunflower County Consolidated School District is committed to doing whatever it takes to safely navigate these treacherous times, even if it means scrapping a plan that we have worked months perfecting, or implementing a plan that we’ve only had days to create.”