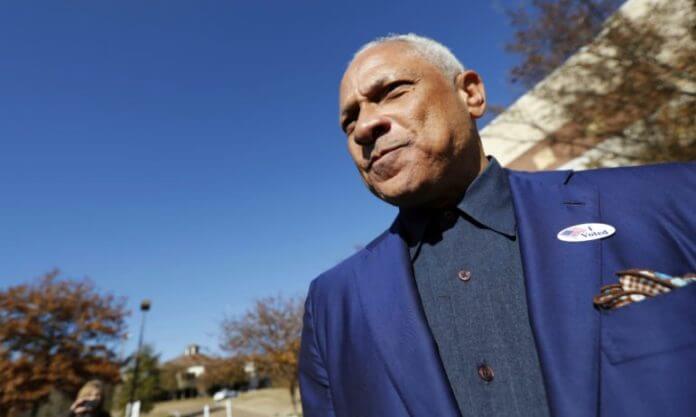 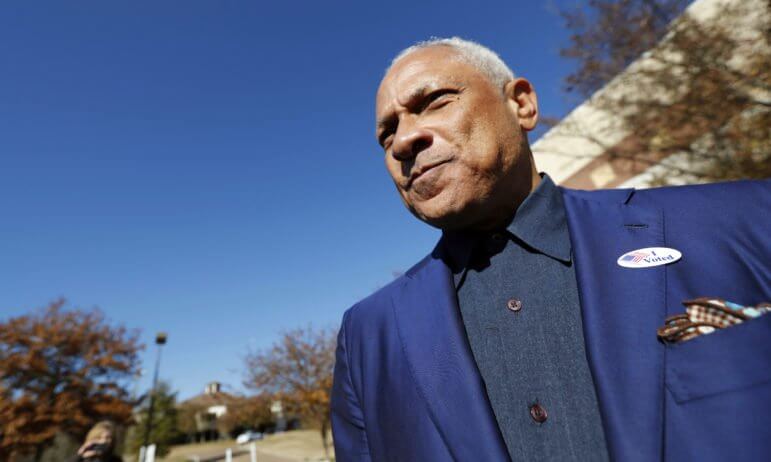 National Democratic leaders and outside groups are perking up to the possibility of a Mike Espy win and a Senate seat flip in one of the reddest states. (AP Photo/Rogelio V. Solis)

As the national Democratic Party apparatus pumped manpower and money into U.S. Senate races across the country earlier this cycle, Mississippi candidate Mike Espy lamented his campaign was overlooked and neglected, even as he appeared to gain momentum in his challenge of incumbent Republican Sen. Cindy Hyde-Smith.

Espy likened his campaign to Mississippi being the unnamed “land mass” in national media hurricane coverage, and said, “They don’t think a Black man in Mississippi can win.”

But all that changed dramatically the past two weeks, as record amounts of money pour into Espy’s campaign in the final stretch before Nov. 3, and the scant polling of the race shows him closing the gap with Hyde-Smith, including a recent one that showed him within just 1 point of the Republican incumbent.

National party leaders and outside groups are perking up to the possibility of a Senate seat flip in one of the reddest states.

“Now the help is coming, and the difference now is, it’s coming in time,” Espy told Mississippi Today this week. “They see it now. Mississippi is just now getting on the radar.”

Espy keeps smashing campaign fundraising records for Democratic statewide candidates. On Thursday alone, he raised more than $700,000. In just the first 48 hours of October, Espy raised $1.35 million, according to a source close to the campaign. For reference, that two-day collection is more than Hyde-Smith had in the bank at the end of June, the most recent report.

James Carville, the veteran Democratic strategist to President Bill Clinton, told Mississippi Today that when he told people earlier this cycle that Espy has a shot at winning, “people’s eyes kind of glazed over.”

“But I think there is increasing interest in the Mississippi Senate race,” said Carville, who spends a good deal of time in Mississippi and has a home in Bay St. Louis. “I think the signals traffic has increased … Alabama, Mississippi, Arkansas, Tennessee — of all those hard-red states, Mississippi is one of the best chances of turning one blue. People are starting to wake up to it.”

Espy said he had a lengthy phone call with Democratic National Committee Chairman Tom Perez on Wednesday, and within a couple of hours, “they had me on a national DNC fundraiser conference call, where I spoke to 1,000 people. It was the only race they focused on with the call.”

Espy has financially benefitted from a galvanized Democratic base since the death of Supreme Court Justice Ruth Bader Ginsburg on Sept. 18. He said this week that his campaign, since Ginsburg’s death, has been averaging about $156,000 a day in donations. That effort was bolstered after Espy’s candidacy was added to a fundraising website entitled Get Mitch or Die Trying, which is run by hosts of Pod Save America, a popular liberal podcast hosted by former Obama administration staffers.

Espy said the Democratic Senatorial Campaign Committee still hasn’t given his race the support it has others, but it appears to be coming around, providing some field, polling and organizational help and giving the maximum direct donation to the campaign of $49,000. Last week, the DSCC organized a phone bank for the campaign.

“The momentum is with Mike’s campaign because Mississippians want an independent leader who will stand up for them, and voters see the clear choice between his leadership and Sen. Hyde-Smith’s failed record,” said DSCC spokeswoman Helen Kalla. “We were proud to be on Team Mike early, and are excited for it to continue to grow.”

“Just as I did two years ago, I have shared my support with Sen. (Minority Leader) Schumer and others for Mike Espy’s candidacy,” Thompson said. “I made sure that the (Congressional Black Caucus PAC) endorsed him. I think it is just a matter of time, given what the recent polls are saying, that the DSCC will also be more financially supportive than they’ve already been.”

Espy said he’s happy for the recent support, but he hasn’t been waiting on it. He said he’s continued to build his campaign and messaging to voters since his unsuccessful challenge to Hyde-Smith in a 2018 special election. In lieu of the national party helping build a Democratic infrastructure in Mississippi, Espy said, his campaign has.

Espy said the national Democratic Party’s lack of interest in Mississippi in recent years has been self-fulfilling prophecy.

“They’ve been doing it so long because they’ve been doing it so long,” Espy said. “There is less polling here because there is less polling. You’re ignored here until you prove your own viability, but it’s hard to prove your viability if you’re ignored … In Mississippi we have a legacy of disinvestment. If the national party, the DSCC, had been putting in $5 million, or $10 million in off years, we’d have a competitive party now — the best data, an army of door knockers. But the Mike Espy campaign has built it since 2018 because we had no choice.”

Espy said that fundraising for a Democratic campaign in Mississippi without national help is difficult because many of the people the party seeks to represent have little means.

In his 2018 challenge of Hyde-Smith, Espy’s campaign saw an influx of national cash and help, but it came late, during a runoff after Hyde-Smith made comments about a public hanging and voter suppression that garnered national criticism. Espy had raised about $2 million prior, then about $4 million “gushed like water out of a fire hose,” Espy said, and the campaign had to pump it into television advertising “when it should have been put in the field.”

“Now we are getting an influx of money, and we know where to put it, know where it goes down to which precincts and where to knock doors,” Espy said. “We have the knowledge and data we’ve built since the last race.” Espy said his campaign infrastructure was able to help several Democratic Mississippi legislative candidates win last year.

Carville said, “In politics, a week is a year — five weeks is like five years,” and that Espy should have time to put increased money and support to work. “This race might have been on the back-burner nationally, but Mike has been moving forward.”

“Primarily from white females,” Irving said, “who have an anxiousness about themselves. Trump has spooked a lot of people, and made a lot of folks start asking us what they can do to help.”

Of growing support from women voters, Espy said “it’s more than anecdotal” and his campaign’s internal polling has shown it. He said his platform on improving healthcare, education and economic opportunity is resonating.

Irving said he’s told national Democratic leaders, “Look, there’s an energy here. Mississippi Democrats want to be part of the process, and we hear an urgency in people’s voices … There are a lot of people who believe Trump is still likely to win the state, but firmly believe it is possible to snatch the Senate race away from Republicans.

“There is an energy out there for him. There really is.”

The post Espy finally lands support from national Democrats in Senate race. Is it too late? appeared first on Mississippi Today.