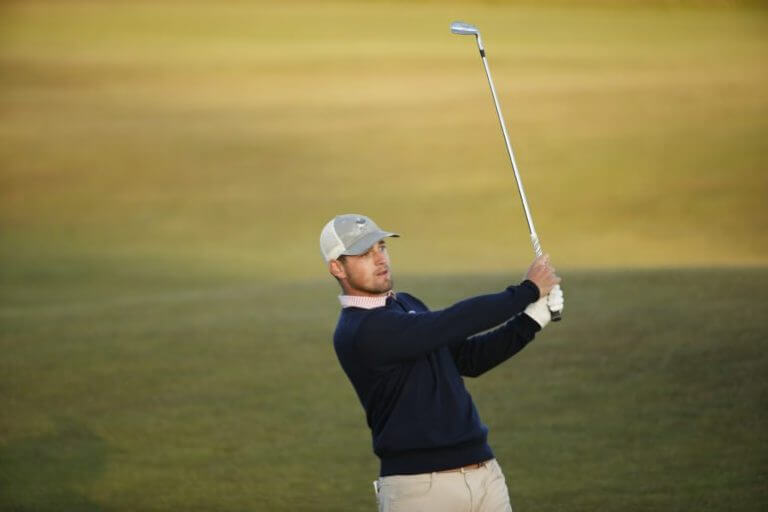 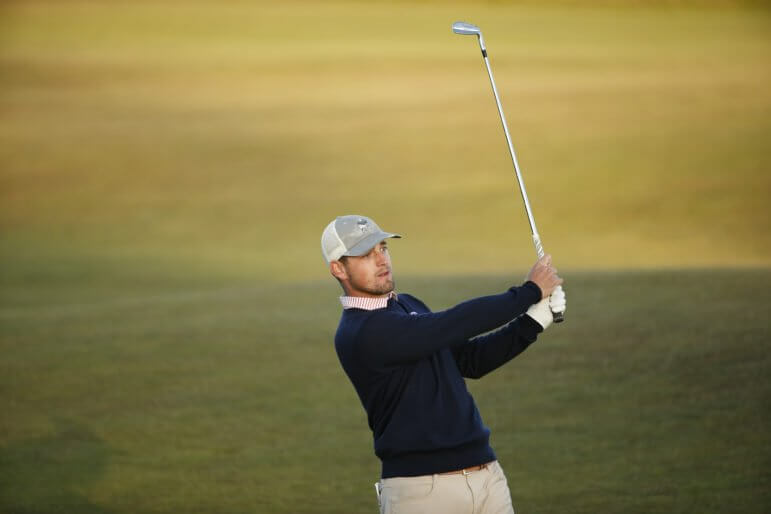 Not long after sunrise Thursday, Wilson Furr plays his second shot at the first hole at the U.S. Amateur at Bandon Dunes Golf Resort in Bandon, Ore.

Jack Nicklaus, the most accomplished champion in golf history, said it best: “Golf is not, and never has been, a fair game.”

Early Thursday afternoon, on Oregon’s wind-swept Pacific coast and on one of the sport’s most beautiful – and most challenging – courses, Jackson’s 22-year-old Wilson Furr might have agreed. Read on. You can’t possibly blame him.

All Furr had done over four days was shoot 19-under par for 69 holes, shatter a course record, shoot the second lowest round in the 125-year history of the tournament, win the U.S. Amateur’s 36-hole qualifier gold medal by two shots, and then rout his opponent in the first round of match play. And then, despite shooting a four-under par 67 in his second match, he lost.

Vanderbilt’s Harrison Ott, a good friend of Furr’s, played flawless golf Wednesday morning, matching Furr’s 67 and then beating him on the first hole of a sudden death playoff. By Wednesday evening, Furr was catching a plane back to Jackson.

Had the first four rounds of the U.S. Amateur been a four-round, medal play event – like most PGA Tour tournaments – Furr would have lapped the field. He would have won by multiple shots. That’s not the case and maybe it doesn’t seem fair – but, as Nicklaus said, golf’s never been fair.

That’s the thing about match play. The best golfer of the week can run into a red-hot golfer in one match – and that’s that. The luck of the draw is very real in match play format. Ott, who played so fabulously against Furr, was four-over par on his first five holes in a later match Wednesday.

“It’s hard,” Furr said by phone before catching his flight. “I played solid golf all week and today might have been my cleanest round of golf of all. I felt good. I felt in control. And yet I am getting on an airplane while other guys are still playing.” 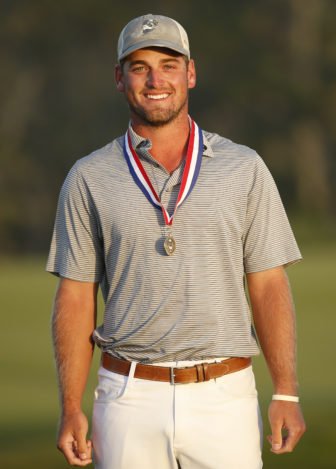 Wilson Furr is all smiles after shooting a 11-under 132 (70-62) to earn Medalist honors at the end of the second round of stroke play at the 2020 U.S. Amateur at Bandon Dunes Golf Resort in Bandon, Ore.

This reporter reminded Furr that he had won the gold medal at the U.S. Amateur for the 36 holes of stroke play. And that he had shot 62 in the second round, eclipsing the course record at Bandon Trails by two shots. And that he had played perhaps the best golf of his life on the biggest stage of his life.

Golf can be so fickle. After being two down early in the match with Ott, Furr battled back and took a one-up lead going to the 18th hole. Much to his credit, Ott birdied the 18th to force the playoff.

Both clobbered drives right down the middle on the par-four playoff hole. Furr, one of the longest drivers you will ever see, hit his drive eight yards past Ott, another long hitter. Ott hit his 143-yard approach about 30 feet from the hole. Furr had 135 yards to the pin against a slight breeze and up a steep hill that made his a blind shot. “Perfect pitching wedge for me,” he said.

Furr hit that wedge shot “right at it,” he said. “I really thought I was going to have two- or three-footer for birdie to win the match. I hit it that well.”

Not quite well enough as it turns out. Furr’s shot landed just short of the green, spun back and kept rolling down a steep incline to where he had 65 yards left to the pin. He actually faced a more difficult third shot than he had on his second. His third shot left him with a 30-foot putt that he missed. Ott two-putted for par and victory.

“Harrison told me he thought my second shot was perfect, too,” Furr said. “I don’t know how to explain it. I just don’t know.”

G-o-l-f, might be the best explanation. Stuff happens. Much of it isn’t fair. As the great Raymond Floyd once said, “They call it golf because all the other four-letter words were taken.”

At 22, Furr is well-versed on the highs and lows of the sport. As a young teen he won the prestigious Future Masters. At 16, he won Mississippi’s State Amateur championship by eight shots, shooting 16-under par for 72 holes. And then, at 18, playing as a freshman at Alabama, he started hitting the ball so far off line, he couldn’t even make the traveling team. “I was just awful,” he said.

In recent months, Furr has worked harder than ever on his game, especially on his wedge game and his putting. These past four days were proof that all that hard work has paid off – if not quite yet been rewarded the way he wants.

“I do feel like I’ve put some pieces together,” Furr said. “I’ve definitely made progress. I feel like these last four days will lead me somewhere.”