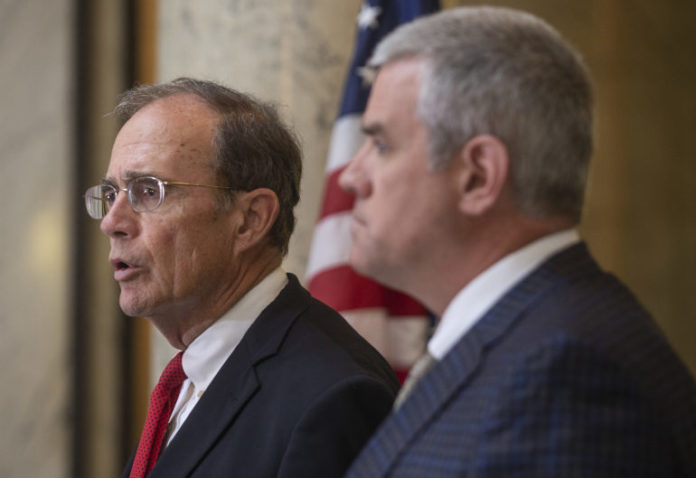 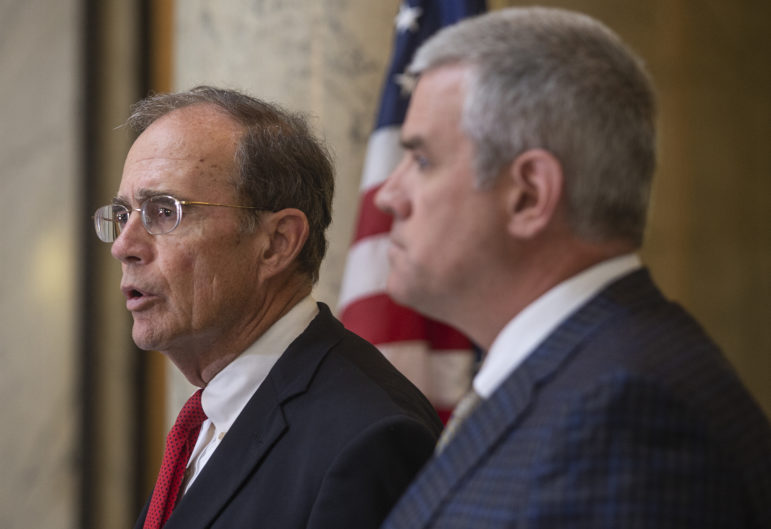 Lt. Gov. Delbert Hosemann and Speaker Philip Gunn, intent on stripping authority from the governor to appropriate $1.25 billion in federal coronavirus relief funds, have sent a letter to the state’s acting fiscal officer instructing her not to spend the money being sent to the state.

The letter, dated Wednesday, was sent to Liz Welch, who Gov. Tate Reeves appointed as the interim director of the Department of Finance and Administration, which is the agency that routinely doles out state funds at the direction of the Legislature. The letter was also sent to state Treasurer David McRae.

The unusual step of the Legislature’s two presiding officers sending the letter occurred after Reeves said over a period of weeks he had sole authority to disburse $1.25 billion that the U.S. Congress sent to the state to deal with costs and other issues associated with the coronavirus. The money is part of the massive $2 trillion Coronavirus, Aid, Relief and Economic Security (CARES) Act passed in late March.

“The letter is to inform you the Mississippi Legislature will be in session shortly to plan the constitutional appropriation of these funds to address Mississippi’s immediate and future needs in responding to the COVID-19 health and economic crisis,” Hosemann and Gunn wrote. “You are instructed to hold the entire account…until the Legislature provides instructions through its appropriation process on distribution of state funds.”

Mississippi Today reported late Wednesday that the Legislature could return to the Capitol as early as Monday to take up the issue. The Legislature recessed in mid March out of safety precautions related to COVID-19. It originally had scheduled to return on May 18.

Since Reeves’ tenure as governor began in January, Welch has been serving as the interim director of DFA, meaning her name has not been placed before the Senate for confirmation.

While Reeves says the authority to spend the funds rest with him, he said he plans to work with the Legislature in doing so.