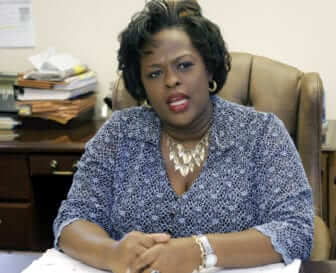 After admonishing a defendant this week for speaking to reporters, a Hinds County judge put a gag order on all parties involved in a case stemming from Mississippi’s welfare embezzlement scandal.

In connection with what officials are calling a “sprawling conspiracy,” a grand jury indicted six people in February for allegedly stealing or conspiring to misspend millions of federal dollars meant for poor Mississippians.

The judge’s order means the public must likely wait until criminal trials are held to learn more about the scandal, and that could take several months — if not longer.

All six defendants have pleaded not guilty and are currently expected to stand trial in 2021, the key cases planned for February and April, though additional delays are possible. Until this month, none of them had spoken publicly about the investigation.

In an exclusive interview with Mississippi Today and the Clarion Ledger, a key defendant in the case Nancy New declined to answer many questions, but refuted the narrative offered by investigators. 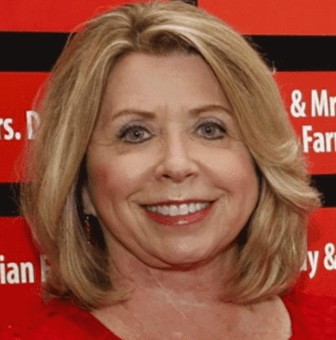 Officials say Nancy New and her son Zach New embezzled $4.15 million in federal welfare dollars that flowed from the Mississippi Department of Human Services through a nonprofit founded by Nancy New called the Mississippi Community Education Center. According to prosecutors, the News funneled about half of that money to a politically connected Florida-based biomedical startup.

But when asked if she had been directed to make payments to the founder of the concussion drug company, Nancy New responded “absolutely.” Mississippi Today and the Clarion Ledger published Nancy New’s comments in a Nov. 14 story.

Two days after the story’s publication, Peterson issued an order referencing the article. It prohibited any parties, representatives or witnesses from speaking to the media to ensure Nancy New receives an impartial trial.

It’s common for judges to issue these kinds of orders in highly publicized cases.

“There’s two things to be balanced, the public’s right to know and the right to a fair trial,” said longtime north Mississippi defense attorney Jim Waide.

In May, three months after the arrests, State Auditor Shad White released his annual state audit. In 104 pages, the auditor detailed $94 million in questionable spending by the Mississippi Department of Human Services under former director John Davis and the agency’s subgrantees, including Nancy New’s Mississippi Community Education Center.

“He (Davis) saw it as an opportunity to build a kingdom over there,” White said to the media after releasing his report. “If there was a way to misspend money, it seems DHS leadership or their grantees thought of it and tried it.”

Waide echoes those defending the alleged perpetrators of the scheme, saying he believes officials have tried the defendants, particularly Davis, in the media since the February arrests.

“I think that those statements that the state auditor made are highly prejudicial,” Waide said. “He’s already indicated throughout the media that (Davis) is guilty.”

“I think the auditor severely hampered (Davis’) right to a fair trial,” he added. “I think the obvious effect of it was to create possible bias of the jury.” 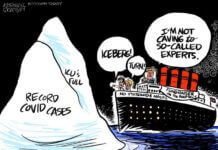 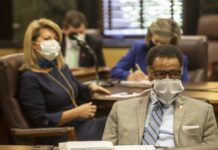 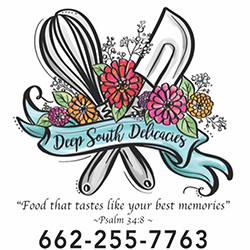