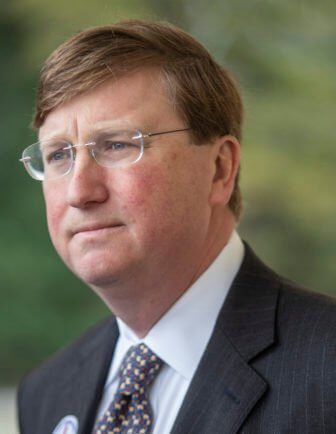 A Hinds County Chancery Court judge has ruled that Gov. Tate Reeves’ partial veto of a COVID-19 relief bill was unconstitutional, siding with House Speaker Philip Gunn and Speaker Pro Tem Jason White, who sued over the veto in August.

Reeves said he vetoed “questionable spending” earmarks by the Legislature in the bill and said it was an attempt to “funnel money to friends with zero accountability,” and a power grab by the Legislature. Gunn said Reeves was overstepping his constitutional authority and that the Legislature has authority over spending, not the governor.

Reeves said the case will be appealed to the state Supreme Court.

“One Hinds County judge was never going to decide this,” said Parker Briden, a spokesman for Reeves. “The Supreme Court will have to decide the central question of whether spending millions on pet projects is an appropriation or a ‘condition’ on an appropriation.

“The Constitution provides a check on their (legislators’) ability to dole out money to special projects. We hope the Supreme Court will recognize that check is necessary, guaranteed by the Constitution, and should not be eliminated. We continue to maintain that someone has to hold the speaker and his crew accountable if they attempt to wrongly funnel money to favored entities.”

Hinds County Chancellor Tiffany Grove in her decision filed Monday said, “… according to the Mississippi Constitution of 1890 and almost years of case law interpreting our state Constitution, Gov. Reeves’ partial veto was unconstitutional.”

Reeves vetoed $2 million lawmakers directed to the shuttered North Oak Regional Medical Center in Senatobia and $6 million earmarked to the MAGnet Community Health Center to study and try to address health disparities, such as combating the high impact COVID-19 has inflicted on the African American community. The spending was part of a $130 million bill directing Coronavirus Aid, Relief, and Economic Security Act money to Mississippi health care and hospitals.

Grove said based on other Supreme Court decisions, the partial veto authority granted to the governor by the state Constitution only could be used to veto a a total sum of money within an appropriations bill and not the conditions on how the money was being spent.

Grove’s ruling said the bill should now be considered passed in its entirety, though it is not clear whether the health care providers that were the subjects of the partial vetoes would have time to spend the money appropriated by the Legislature. Federal law mandates states spend the money they received from the CARES Act by the end of December. And it is not clear whether the spending authority would be postponed by an appeal to the Supreme Court.

Senate Public Health Chair Hob Bryan, D-Amory, said the legislation that was approved in July had a provision that allowed the Tate County hospital in Senatobia to receive the funds only if there was an agreement before Oct 1 to reopen the hospital. Bryan said the fact that Reeves vetoed the appropriation to the Tate County hospital might have made it more difficult to craft that agreement to reopen the hospital.

Bryan said the veto was “a 100% spiteful action” by the governor.

Gunn and other members of the House leadership could not be immediately reached for comment.