OurTupelo Stay in the Know With OurTupelo
Home COVID-19 Like everything else, state’s transportation system likely to suffer due to COVID-19 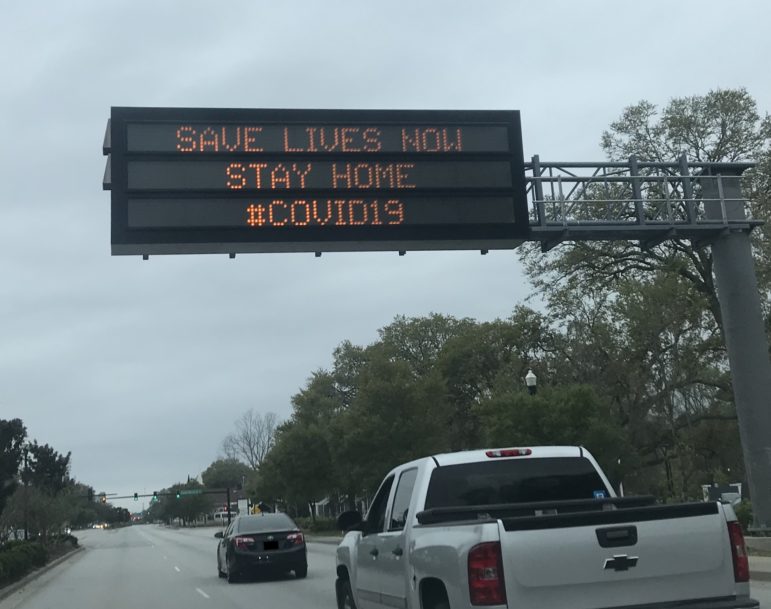 If Mississippians aren’t driving, they are not buying as much gasoline, resulting in a reduction in revenue from the tax on gasoline.

It is too early to see actual data, but it is highly likely that among the many negative impacts of the COVID-19 pandemic, including the tragic loss of life, will be to Mississippi’s highways and bridges.

The primary source of revenue for Mississippi’s Department of Transportation is the state’s 18.4-cent per gallon tax on motor fuels, primarily gasoline.

With the state under a shelter-in-place order, it is logical to assume Mississippians are not driving as much. And if folks are not driving, they are not buying as much gasoline, resulting in a reduction in revenue from the tax on gasoline.

If people are not driving as much, it also could be logical to assume damage is not being done to the state’s infrastructure system. But many argue that the roads and bridges already were in a deteriorated condition that a lack of use cannot fix. Besides, the large semi-trucks that do the most damage thankfully are continuing to travel up and down the roads, delivering much needed supplies, such as food and presumably toilet tissue, though, it is often hard to prove toilet paper has been delivered by looking at the store shelves.

The gasoline tax generated $305.5 million in revenue for the Department of Transportation during the past 2019 fiscal year. Collections from the motor fuel tax for the current 2020 fiscal year were slightly outpacing last year’s collections before COVID-19 ground much of the activity in the state to a halt. It is safe to assume that until the coronavirus is contained that travel will be diminished.

It should not be a surprise that COVID-19 is impacting the transportation system just as it is tragically impacting nearly every aspect of life.

“Like all of us, the Mississippi Department of Transportation is facing uncertainty due to the COVID-19 pandemic,” said Melinda McGrath, executive director of the agency. “With residents sheltering in place to slow the spread, there is less demand for fuel. As a result, we anticipate fuel tax receipts to be decreased in the coming months. However, ongoing highway projects will continue as planned, and MDOT will continue to make efficient use of the resources available.”

For about a decade there have been ongoing debates on how to provide additional funds for transportation – on both the state and local levels. On the state level, the Department of Transportation has said it needs an additional $400 million annually to keep up with repair and maintenance needs.

The 18.4-cent per gallon gasoline tax is the nation’s third lowest.

Before the pandemic hit, Transportation Department officials said the tax was generating essentially the same amount of money as it did when it was enacted in 1987.

In the meantime, not counting the current COVID-19 exception, the amount of travel has doubled on state-maintained roadways and the cost of construction has tripled. The cost of materials for highway maintenance and construction has increased 463 percent since the gasoline tax was enacted in 1987, according to Department of Transportation statistics.

The state’s political leadership, opposed to increasing the gasoline tax, approved other sources of revenue for the Department of Transportation during a 2018 special session – by enacting a lottery with the first $80 million of revenue going to state infrastructure needs. In addition, revenue from sports betting – most likely less than $10 million annually – was diverted to transportation.

During the economic slowdown, lottery revenue has dropped significantly. Sports betting is non-existent since there are not sports to bet on and, besides, the casinos where those bets legally could be made also are closed.

Fix MS Roads, a statewide group led by road builders, asphalt companies and others, argue that legislators should reconsider raising the gasoline tax while the price per gallon is currently the lowest it has been in decades.

“The lower cost of gas would make an increase to the gas tax less of a burden on Mississippi drivers, but would go a long way to ensure that our state is prepared to respond to the needs of our residents,” Fix MS Roads said in a news release.

Despite those low gas prices, it is unlikely that legislators and Gov. Tate Reeves would consider raising taxes during the ongoing recession.

Many Republicans oppose any effort to raise taxes. Many Democrats argue they would not favor raising taxes on gasoline, an increase that would have a greater impact on low income Mississippians, after more than $700 million in tax cuts passed in recent years are being phased in with the bulk going to large corporations.

They argue those corporate tax cuts should be reversed.

The post Like everything else, state’s transportation system likely to suffer due to COVID-19 appeared first on Mississippi Today.