OurTupelo Stay in the Know With OurTupelo
Home The Lifestyle Film MICHAEL WILLIAMS RECEIVES MISSISSIPPI ARTS COMMISSION FELLOWSHIP, BEGINS DEVELOPMENT ON NEXT FEATURE FILL
(Jackson, MS) – Michael Williams of West Point, MS, has been awarded a $5,000 grant from the Mississippi Arts Commission (MAC). This grant is a portion of the nearly $1.4 million in grants the Commission awarded in 2018-2019 and will be used to support and continue the development of future film projects. The grants are made possible by continued funding from the Mississippi State Legislature and the National Endowment for the Arts.
“Artists who receive grants from the Mississippi Arts Commission represent some of the most gifted individuals in their respective fields,” said Malcolm White, executive director of MAC. “These outstanding artists carry on Mississippi’s legacy of artistic excellence, and MAC is proud to support those who enliven and enrich their communities with the creative spirit.”

“I’ve been making films since 2004,” says Michael Williams, filmmaker known for the award-winning films OzLand and The Atoning. “Over the years, I began to take the craft more seriously and began working professionally in film in 2007 as a camera assistant before transitioning to the role of cinematographer. While working as a cinematographer, I continued to write and direct my own films includ
ing dozens of short films and my two previous feature films OzLand and The Atoning. In 2015, I made the decision to pursue film full-time as both a cinematographer and writer/director. This wasn’t an easy choice since a majority of the work as a writer/director on the indie level is unpaid. Thankfully, MAC’s artist fellowship opportunity not only rewards the work and accomplishments by filmmakers like myself but it can also give the support one needs to make progress towards the development of new projects. As a full-time artist, it is difficult to find that time away from paying work to make real progress on the development of a feature film. This MAC fellowship gives me the ability to do just that.”

“I’m thrilled to officially announce my next feature film is Rosemary, a psychological drama about a woman who is driven to the brink of insanity by a mysterious abyss that emerges in her basement. While I can’t say much about the story and its characters, this is a project that I’m extremely excited make. It is thrilling while also thought-provoking, heartfelt, and complex. It is a project that I feel shows growth and maturity in terms of storytelling since my previous feature films. Like my two previous films, I plan to shoot this film in MS utilizing as much local cast and crew as possible
. I am still very early in the development of this film, however, I have assembled a producing team which includes Jeremy Burgess, Mindy Van Kuren, and Myself. We will soon begin the fundraising stage to secure the budget needed to properly produce the film. Without the MAC fellowship, this early development process would’ve been less focused and taken much longer to accomplish.”
The Mississippi Arts Commission is a state agency serving residents of the state by providing grants that support programs to enhance communities; assist artists and arts organizations; promote the arts in education and celebrate Mississippi’s cultural heritage. Established in 1968, the Mississippi Arts Commission is funded by the Mississippi Legislature, the National Endowment for the Arts, the Mississippi Endowment for the Arts at the Community Foundation of Greater Jackson and other private sources. The agency serves as an active supporter and pro
moter of arts in community life and in arts education.
For information from the Mississippi Arts Commission, please contact Anna Ehrgott, Communications Director, 601-359-6546 or aehrgott@arts.ms.gov.
For more information on “Rosemary” and this particular fellowship grant, please contact Michael Williams, 662-275-3285. 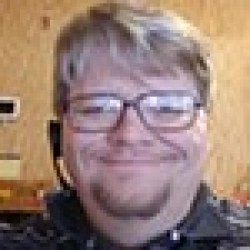