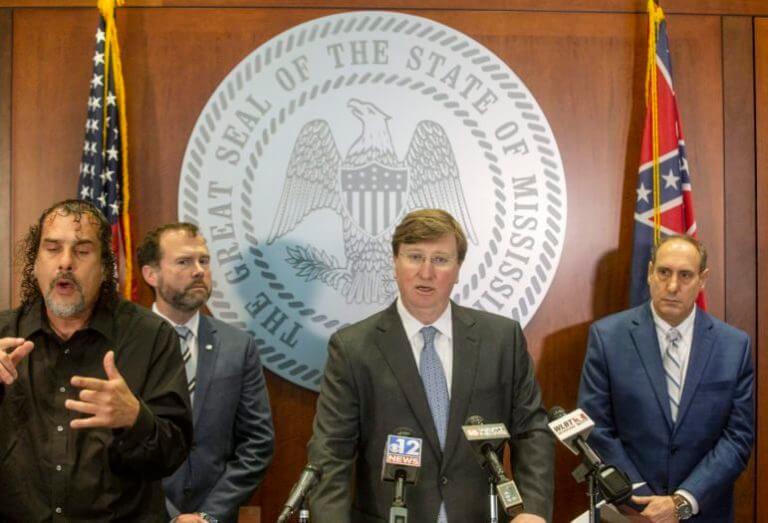 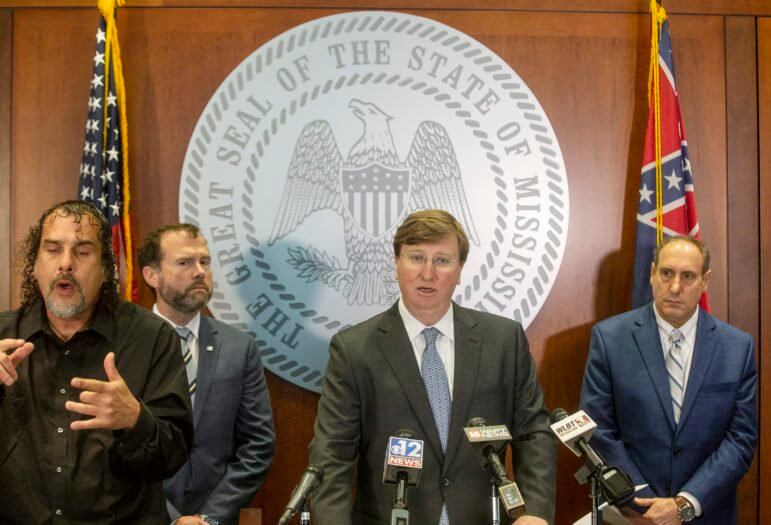 Gov. Tate Reeves speaks to media about his shelter-in-place order for Lauderdale County during a press conference at the State of Mississippi Woolfolk Building in Jackson, Miss., Tuesday, March 31, 2020.

Crowd size at extracurricular school activities will be limited to two spectators per participant through the month of August for both public and private schools, Gov. Tate Reeves announced Friday.

Reeves stressed Friday during his afternoon news conference that he believes it is important to allow students to participate in extracurricular activities, but said adequate safety precautions must be in place because of the COVID-19 pandemic.

“Sports and these other activities are instrumental in the lives of our young Mississippians,” he said in a statement. “They teach discipline and responsibility in a way that can’t be replicated. That said, we are living through a pandemic. One of my greatest concerns heading into this school season has been sports and those other events which cause the community to come out in crowds. Twenty-two players on a field is not going to overwhelm a local hospital. Two thousand people in a small school’s bleachers might.”

Reeves said the limitations will apply to all extracurriculars — not only sports — such as football and volleyball, but also band concerts and other events.

In recent weeks, the most interest has been directed at high school football. The public schools are not starting the season until Sept. 4, though, they are holding scrimmages in late August. Reeves said Friday he did not know if the same crowd limitations will be extended into September, though he said it is possible.

Reeves said he is still studying the issue of crowd size at college football games, which are not slated to start until later in September.

On Friday, Reeves also extended the current executive order until Aug. 31, requiring the wearing of masks statewide in public and the cessation of alcohol sales at bars and restaurants after 11 p.m.

“Our numbers are improving,” Reeves said Friday. He said the seven-day average of new coronavirus cases has declined from 1,358 three weeks ago to less than 800 per day for the most recent seven days.

State Health Officer Thomas Dobbs said the number of hospitalizations on average also has decreased, though there are currently 11 hospitals in the state with no intensive care beds available. Though the state has reported lower numbers of daily cases this week, Mississippi’s positivity rate remains one of the highest in the nation.

“Most students are not catching it at school,” Dobbs said. Instead it is likely the coronavirus is being transmitted to students and faculty in the community and then being brought into schools, he said.

Reeves said at some point, most likely, cases will be reported at schools in all 82 counties.

Earlier, Reeves delayed the start of school for seventh grade and up for schools in eight counties with a high number of cases. That delay will end Monday.