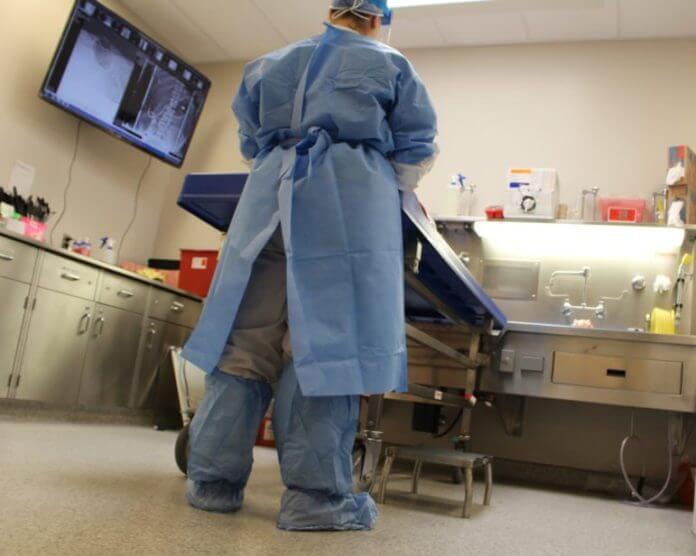 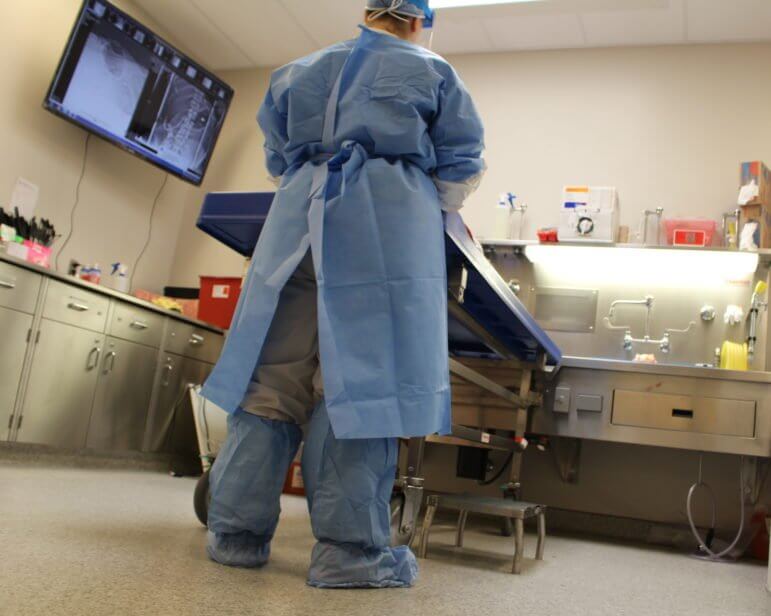 A lab tech prepares a body for autopsy in the Mississippi Medical Examiner’s office in Pearl.

CLEVELAND — Bolivar County Coroner Rudy Seals is one homicide away from being in an impossible situation.

Like many coroners in the state, Seals is dealing with an increase in COVID-19 related deaths, but doesn’t always have a steady location to store the dead because his office does not have its own morgue.

If people start dying at an even more increased rate than they already are, he could soon find himself collecting a body and not having a place to keep it.

That day could come much sooner if there were to be a homicide or suspicious death in Bolivar County. County coroners are required to send all deceased suspected of wrongful death to the State Medical Examiner’s office for an autopsy, which can take weeks because of how severely understaffed and under-resourced the State Medical Examiner’s office is. While Seals can still find somewhere to store a person’s remains for a few days until they’re buried, he’d be hard-pressed to do the same for weeks.

This is why he’s asking the Bolivar County Board of Supervisors to purchase a holding refrigeration unit as a temporary solution. His long-term plan is to work with the county to build out a permanent facility, “so this will never happen again,” Seals said.

It’s not to the point where bodies are piling up, but Seals said there are “moments in which we cannot store a body because there are bodies already in those [holding] spaces. So what we would have to do is call a local funeral home and ask them to hold that person until another funeral home comes from three or four hours away to pick up a loved one.”

The situation is only exacerbated by the well documented woes of the State Medical Examiner’s office. In 2017, Mississippi Today reported that Mississippi’s Office of the Medical Examiner was more understaffed than any other state medical examiner office in the country.

Seals says he’s getting by right now, but with COVID-19 cases continuing to rise, he’s not counting on it staying that way.

“It leaves the county in a very awkward or uncomfortable position when those people pass away and the hospital cases have already filled up,” Seals said.

Though he hasn’t yet been dealt a homicide, he does have a case that needs to be sent to the State Medical Examiner’s office but can’t get there for weeks because of the state backlog.

“I’m housing [the remains] at a private location. I know that I won’t be able to keep it there for a month because those places are quickly filling up,” he said. “So I’m quite sure that next week I’ll have to go move it to the hospital until the hospital administration begins to ask questions. Then I’ll probably have to move it to continue to keep it. And I don’t think that is fair at all and I think that is sad.”

Heather Burton, the coroner in neighboring Sunflower County, said she didn’t feel like she had the same issues as Bolivar County, but added, “The only place where I could see it becoming a problem is if somebody had to go for an autopsy [at the State Medical Examiner’s Office] and we had to hold them for an amount of time.”

Seals presented his request for a refrigeration unit to the Bolivar County Supervisors on Aug. 3, who in turn expressed support for his plan. County Administrator Will Hooker said the board hasn’t taken official action yet on purchasing the refrigeration unit and is still discussing what the best option would be in terms of which unit to buy.

Supervisors also praised Seals during the meeting for being proactive.

“Well to be honest, if you really look at it, I’m not being proactive,” Seals later said during an interview. “I’m actually operating behind the gun. I’m just blessed that I don’t have any of those [wrongful death] situations.”