OurTupelo Stay in the Know With OurTupelo
Home The Lifestyle The Culture Legislature funds teacher bonus program, but questions remain about its accountability and fairness 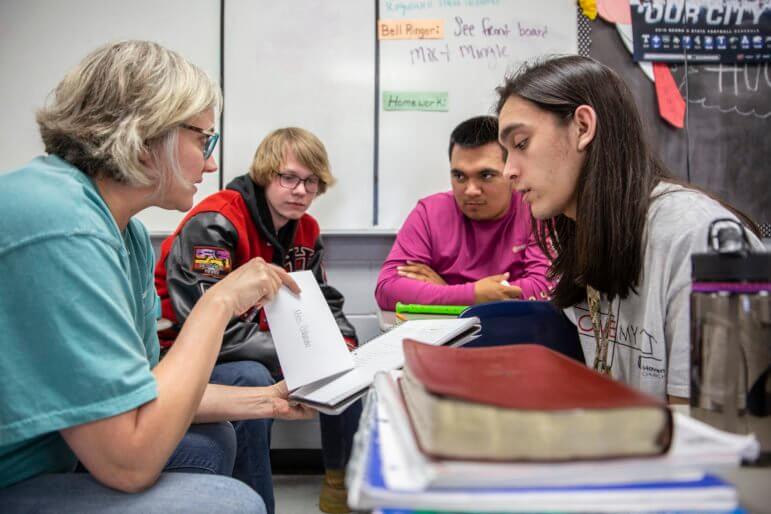 Lawmakers funded a controversial program for merit teacher pay raises this week without adding any layers of accountability for how the money is spent.

The School Recognition Program gives pay raises to teachers in high performing schools and in the past three fiscal years, districts have received about $71 million from the state.

But a Mississippi Today analysis of the program shows inconsistencies in how districts distribute these funds, with some teachers receiving more than $1,000 and others receiving less than $50 at the same schools. Additionally, school districts receive little or no scrutiny from state leaders in how they dole out the money.

The lack of accountability from the state level is such that a legislative budget staffer, just days before lawmakers met this week to fund the program for next fiscal year, asked a Mississippi Today reporter to share her database that shows how, exactly, the program’s money is spent by school districts.

Created by the Legislature in 2014, the program rewards teachers in school districts that move up a letter grade or maintain an A or B rating. Proponents say the merit pay program is a performance-boosting incentive, but critics say it causes confusion and in some cases actually decreases morale for educators. There are also questions about how the money is distributed to teachers and whether the program is racially equitable.

Gov. Tate Reeves, who considers the program a hallmark of his public education achievements, vetoed portions of the $2.5 billion education budget this year because it did not include funding for the program. He said he held up the budget because teachers would lose out on well-earned pay raises through the program.

“Many of them (teachers) will see pay cuts of a couple thousand dollars,” Reeves said.

But a Mississippi Today analysis shows vast inconsistencies in how school districts distribute the program’s funds. There is little or no state oversight over how individual school districts disburse the money, so the amounts teachers receive vary widely at any given school and district — which directly counters guidance issued by the Mississippi Department of Education.

In 2018 and 2019, the first two years of the program, districts created teacher committees to decide for themselves how to disseminate the funds and to whom. But last year, the MDE issued guidance clarifying that the money should only be awarded to current and certified staff of the eligible school, and that the awards must be distributed evenly. Despite this guidance, not every school district complied, our analysis shows, meaning there is seemingly still no standard for how districts should award the bonuses.

Last year, just 60% of school districts evenly disbursed the money to teachers, and 36% did not. Fewer than 4% of districts did not submit information at all, meaning it’s unclear how the money was distributed.

At Southaven Elementary School in DeSoto County, teachers and staff received a wide range of amounts: 40 of them received $1023.89 each, and the rest ranged below $750. One person received just $18.

Data for the first two years of the program is unavailable because not all districts submitted the proper information to the state.

Despite the inconsistencies in bonuses, missing data, and questions about whether the program is equitable, lawmakers voted to fund the program again this week. They overrode Reeves’ veto of the education budget on Monday, but they passed a separate proposal to fund the School Recognition Program for $28 million.

For years, it remained unclear exactly how many Mississippi teachers received money from the program. The Department of Education does keep records of the amount given to each school and district, but it does not keep records of how that money is distributed at the schools.

Through several public records requests, the department provided Mississippi Today with individual district response forms. Districts submit these response forms, which are often handwritten and not readily available in a spreadsheet, to the state department.

Mississippi Today took that information and created a detailed spreadsheet that showed how many teachers received money from the program. Our analysis showed that in fiscal year 2020, nearly 21,000 certified teachers and staff in more than 500 public schools collectively received $25 million from the program.

On Aug. 7, the Friday before the Legislature returned to the Capitol to address funding for this program and other bills, a legislative budget analyst reached out to Mississippi Today for “detailed information for FY20 showing the number of teachers and number of staff receiving salary supplements at the district and statewide levels. A spreadsheet summarizing this information would be greatly appreciated.”

The staffer said the Mississippi Department of Education could not provide him with that information.

“I contacted the Department of Education and they said they don’t have the number of teachers and staff receiving salary supplements statewide,” the staffer wrote in an email. “They said the information is only available at the district level.”

Mississippi Today provided the Legislative Budget Office with that information on Friday afternoon.

When asked on Monday why lawmakers didn’t previously have that information, House Education Chairman Richard Bennett, R-Long Beach, said this was the first he’d heard of lawmakers not having specific numbers for the program.

“We’ve had those numbers,” Bennett said. “This is the first time I’ve heard anything like that. We have the numbers, and we got them from LBO. MDE should have those exact number of teachers as well. But I don’t know what this is about.”

Since state testing was cancelled this spring because of coronavirus school closures, there will not be standardized test grades to create accountability ratings and base the School Recognition Program on for the next fiscal year. Some lawmakers said they hope that time will be spent scrutinizing the program’s fairness and accountability.

“The program takes money away from (the school funding formula), which is a fair and objective formula for all the schools in the state and redirects it to a small number of schools based on standardized test scores,” Blount said. “It provides a financial incentive for teachers to leave underserved schools and move to wealthy districts. It is bad policy.”

Blount said he’s heard stories of teachers who were in the school when it achieved the letter grade needed to qualify for the bonuses that did not later receive the bonus because they left the school by the time they were disbursed two years later. The law has no requirement to pay staff who are no longer employed in the school district.

He also pointed to instances of new teachers receiving the bonuses even though they were not working at the school when the school achieved the score making the teachers eligible for the bonuses.

The bill the Legislature passed Monday evening will fund the program again by pulling $28 million from a capital projects fund to provide merit pay increases to roughly 23,000 teachers in fiscal year 2021.

The post Legislature funds teacher bonus program, but questions remain about its accountability and fairness appeared first on Mississippi Today.