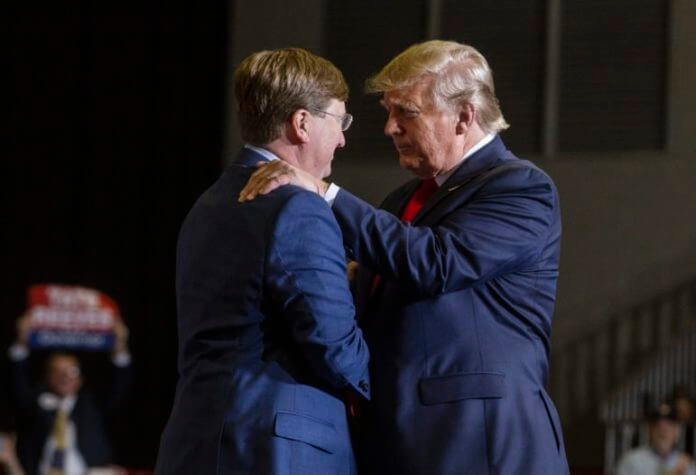 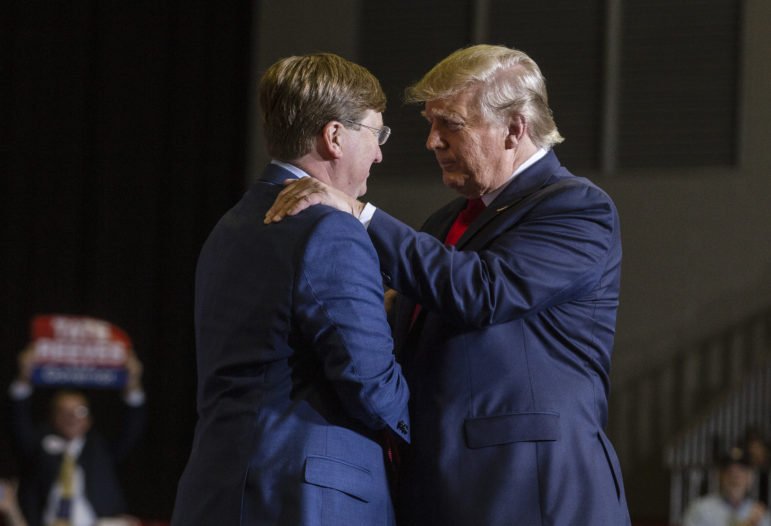 Mississippi Gov. Tate Reeves on Monday praised President Donald Trump’s executive order to continue to supplement unemployment money for those out of work from the pandemic.

But Reeves noted Mississippi might not be able to pay its matching share. He said Congress needs to break its stalemate and pass a COVID-19 relief bill that states and taxpayers can afford.

In a move that had politicians on both sides of the aisle questioning whether Trump was overstepping his constitutional authority, he announced an order Saturday that would provide unemployed people an additional $400 a week. This comes after the $600 a week Congress approved early in the pandemic expired.

But Trump’s order would mandate states provide $100 of that $400 a week. Reeves said this would cost Mississippi about $21 million to $23 million a week, roughly doubling what it is paying in state unemployment insurance benefits currently.

“We have not made a decision yet if we will participate,” said Reeves, who has been in running battles with the state Legislature over his own constitutional authority to spend state money, even during a crisis.

Reeves said that even with a recent infusion of $181 million in coronavirus relief funds the Legislature appropriated for the state’s unemployment trust fund, the fund would be tapped in short order if the state had to pay its share of the $400 a week. Reeves said the fund currently has about $489 million, down from its more than $700 million before pandemic unemployment hit.

Reeves said he appreciates Trump “trying to step up and help struggling workers.”

“The president acts,” Reeves said. “Members of Congress talk, but the president acts … Through executive order he did all he could do. He stepped up. But now Congress needs to come together.”

Reeves said he and his staff had been in calls with the White House on Monday.

Reeves said he believes he has the authority to decide whether the state would participate in Trump’s unemployment order and to pay the $100 per unemployed worker per week, under emergency powers from the federal Stafford Act.

But Mississippi lawmakers have been challenging Reeves’ spending authority, saying that the state purse strings are the Legislature’s domain.

“Only the Legislature can spend dollars,” House Speaker Philip Gunn said repeatedly on Monday as lawmakers battle with Reeves on other spending issues. Gunn said he had not yet had a chance to study details of the president’s unemployment orders.

Reeves noted the Mississippi’s unemployment numbers are greatly improved, with state unemployment at 8.2 percent, down from a high of more than 22% in April, “making Mississippi seventh in the nation in the number of jobs that have returned since May and June.”