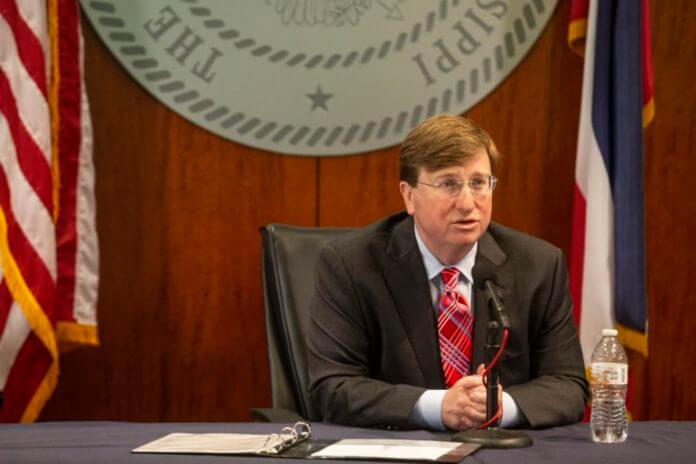 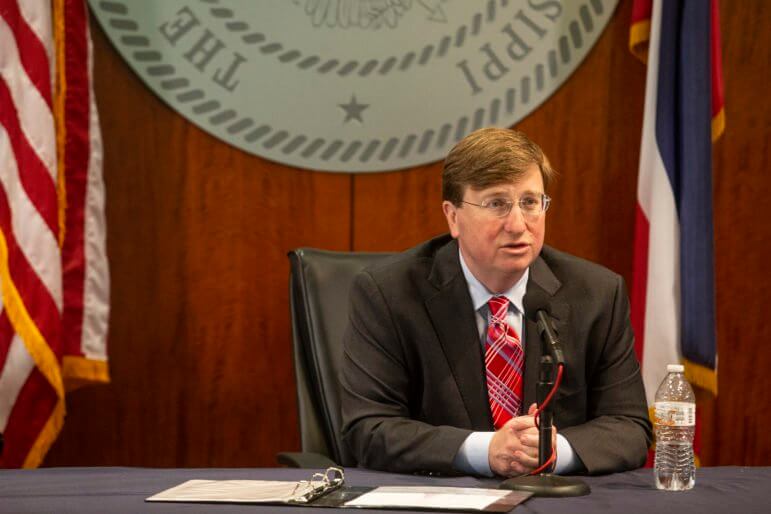 The Republican-led Mississippi Legislature on Monday overrode a veto by Republican Gov. Tate Reeves of most of the public education budget — the first time since 2002 that lawmakers have undone a gubernatorial veto.

Reeves, for his part, chalked it up to politics, claiming some members of the House are “trying to get a pound of flesh from me” for political reasons. The governor declared victory from lawmakers, who approved a teacher bonus plan whose absence had prompted his veto in the first place.

“If individual House members want to punch me in the face, or stab me in the back, that’s fine as long as teachers get that money,” Reeves said.

Gunn and House Pro Tem Jason White still have a lawsuit pending over Reeves’ partial vetoes of the education budget and of items in a measure spending federal coronavirus relief money for health care providers.

In the House, the veto override vote was 109-6. In the Senate, the vote was 41-1. A two-thirds majority is required to override a gubernatorial veto.

While there were six no votes, no one in the House argued against the override, which was done promptly soon after lawmakers reconvened.

In the Senate, negotiations took much longer, and the vote came after no debate on Monday evening after a long delay.

Reeves, in his first year as governor, said he issued the partial veto of the education budget because the bill did not fund the School Recognition Program, which provides bonuses to teachers in top performing and improving school districts. About 23,000 teachers are slated to receive the bonuses.

Legislative leaders said not funding the program was an oversight and could be corrected at a later date without the governor vetoing the legislation. Reeves said he believed the veto was necessary to ensure the teachers received their funds.

In addition to overriding the governor Monday, lawmakers passed a separate bill for the School Recognition Program on Monday night. The bill will be funded by pulling $28 million from a capital projects fund.

Gunn said the Legislature’s recent battles with Reeves boil down to one thing: “The governor cannot spend dollars.”

The new fiscal year began July 1. On July 13, Reeves sent a letter to the state fiscal officer authorizing the expenditure of funds to pay for the basic operation of local school districts through the Mississippi Adequate Education Program — based on what was appropriated by the 2019 Legislature for the previous fiscal year.

House Education Chair Richard Bennett, R-Long Beach, pointed out that Reeves’ executive action left multiple programs unfunded — such as teacher supply funds. Bennett said it was particularly important for teachers to receive the $12 million in supply funds as they struggle with starting school in the midst of the COVID-19 pandemic.

While Republicans control the Legislature and initiated the override of Reeves’ partial veto, Senate Democratic Leader Derrick Simmons Greenville said he supported the override effort. He said Reeves, who as the former presiding officer of the Senate during his tenure as lieutenant governor, understood that legislators could take care of the School Recognition Program in a deficit appropriation in the 2021 session and that the governor did not have to issue the veto.

“Our school districts were really concerned about how they would be funded,” Simmons said.

Rep. Dana Criswell, R-Olive Branch, one of seven no votes on the veto override, said, “I agree with the governor. The way we are doing this is wrong.”

Criswell said that funds going to the local school districts were being increased while most agencies were being cut during the pandemic-caused economic slowdown. He argued the $28 million going to the School Recognition Program should come from existing funds instead of additional money being appropriated for the program.

In a normal regular session, legislators would be dependent on the governor to call them back to deal with a veto. The governor had refused to call them back, saying multiple legislators tested positive for the coronavirus soon after the session adjourned on July 1 and he feared another outbreak if legislators returned to Jackson. State Health Officer Thomas Dobbs confirmed Monday that 49 of the 174 members of the Legislature have tested positive for the coronavirus in the months of July and August.

Legislators were able to return on Monday because in June they passed a resolution by a two-thirds vote to allow them to return to take up COVID-19 issues.  On Monday, legislators also expanded a program they passed earlier to provide grants to small business impacted by the coronavirus.

The Legislature also did not take up vetoes of bills passed to expand the authority of the Parole Board to release inmates.

As legislators worked Monday most members, unlike in late June, wore masks and practiced physical distancing.

Lawmakers adjourned late Monday night until Tuesday morning. They are still haggling over a bill to fund the Department of Marine Resources. Lawmakers left in July without funding the agency, over a fight over whether Reeves has control of millions in Gulf restoration funds the state receives each year.

The post ‘Punch in the face, stab in the back’: Legislature overrides Gov. Reeves’ veto of education funding bill appeared first on Mississippi Today.