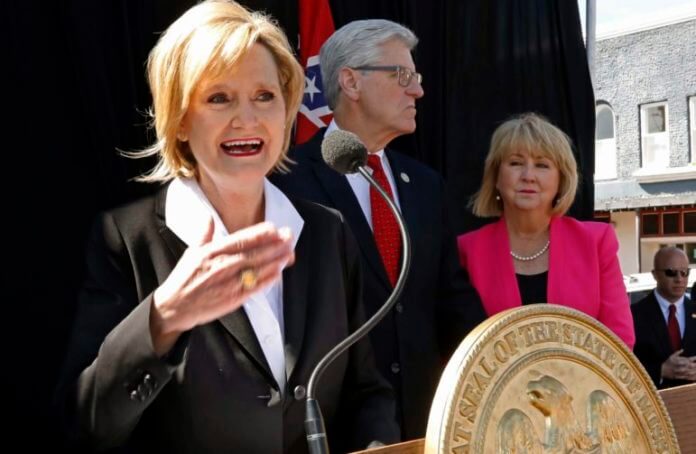 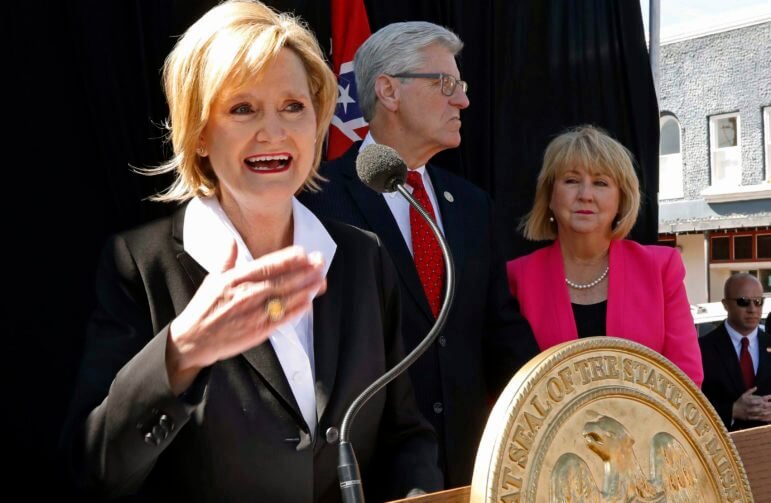 U.S. Sen. Cindy Hyde-Smith, facing a November election challenge from Democrat Mike Espy, could find herself in the middle of a national debate over whether Congress should mandate the removal of Confederate statues from the U.S. Capitol.

Last month, the Democratic-controlled U.S. House of Representatives passed a spending measure for the legislative branch that would remove 14 statues of Confederates and others “with unambiguous records of racial intolerance” from the Capitol building.

Hyde-Smith is the chairwoman of the Senate appropriations subcommittee that considers and passes the spending bills to fund the legislative branch, meaning her subcommittee will have to consider the House measure.

“Sen. Hyde-Smith respects the work of her House counterparts, but will continue to work with her Senate colleagues on a Senate legislative branch bill,” said Hyde-Smith spokesman Chris Gallegos.

In 1864, Congress authorized each state to donate and display two statues at the Capitol of citizens “illustrious for their historic renown or for distinguished civic or military services.”

Mississippi is the only state in the nation that displays two statues of Confederates: Jefferson Davis and James Zachariah George. Davis was a slaveowner and president of the Confederacy, and George was a lead architect of the 1890 state Constitution that stripped voting rights from nearly 150,000 Black Mississippians. Neither man was born in Mississippi.

The Mississippi statues were placed in 1931 after they were approved by the state Legislature in 1924.

In the 2018 Senate special election, photos surfaced of Hyde-Smith in Confederate memorabilia at Davis’ home Beauvoir, which is now a private museum operated by the Sons of Confederate Veterans on the Mississippi Gulf Coast. As a member of the Mississippi state Senate, Hyde-Smith sponsored legislation to have a highway in Mississippi named after Davis.

When asked about the recent efforts to remove statues from the U.S. Capitol, Hyde-Smith said that the fate of the statues should be decided by individual states and not the federal government.

“There are clear rules and procedures set for the designation, receipt, and placement of statues in the United States Capitol,” Hyde-Smith said last month. “Any state, including Mississippi, can avail itself to that process if it wants to exchange statues. How to best depict the history of our nation is always up for debate, but it is not the role of Congress to dictate to states which statues should be placed in the Capitol.”

In several recent years, lawmakers in the Mississippi Legislature have proposed bills to replace the state’s statues at the U.S. Capitol. This year, there was a proposal to replace the statue of George with that of civil rights leader Fannie Lou Hamer — a Mississippi native who led efforts to fight for voting rights for African Americans in the 1960s. That bill, along with more than a dozen others in the past 10 years, died in committee.

The issue of removing Confederate emblems and monuments has been hotly debated after the deaths of George Floyd and other Black Americans at the hands of police sparked national protests about racial inequality in government. That debate led to Mississippi removing its 126-year-old state flag, which featured the Confederate battle emblem in its design.

Espy, Hyde-Smith’s 2020 Senate opponent, is centering his campaign strategy around race during the national movement.

“Sen. Hyde-Smith is refusing to use her power to remove Confederate statues from the U.S. Capitol, including two from our state of Mississippi,” Espy said in a statement. “Mississippi is unfortunately represented by Jefferson Davis and J.Z. George… Those men do not represent all Mississippians and do not project a positive image for our state. Mississippians are tired of Sen. Hyde-Smith’s continued preoccupation with keeping our state in the past, and they are ready to turn the page and move forward.”

During her 2018 special election against Espy — where both were vying to replace long-time Sen. Thad Cochran who resigned for health reasons — Hyde-Smith created controversy by saying she would sit on the front row of a hanging if invited by a particular supporter whom she was praising.

While campaigning at Mississippi State University, she also said the votes from people at some other universities in the state should be suppressed. She said at the time she was only joking.

“It would be a mistake for Congress to remove statues placed in the U.S. Capitol by Mississippi or any state,” Wicker said in June. “In my view, such an overreach would be counterproductive to the healthy conversations on race happening across the country. Under federal law, state governments are solely responsible for selecting and replacing the statues that represent their states.”

The post Hyde-Smith at center of national debate on removing Confederate statues from U.S. Capitol appeared first on Mississippi Today.