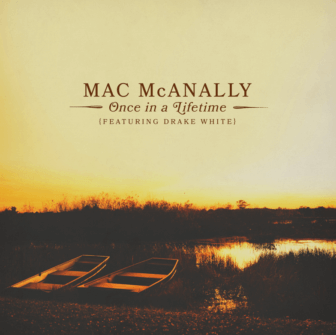 The Mississippi native and 10-time Country Music Association Musician of the Year recipient has lived to tell a story of gratitude and Mississippi roots.

Even the simplest question can get sidelined into story time with a native Mississippian like Mac McAnally, who has long parlayed that skill and considerable musical ones into a decades-long country music career.

His latest album, “Once in a Lifetime,” is due for release July 31. It’s his 15th album right? Well, he counts studio albums and live albums as different, he says, working his way down a mental list. “The first one came out in ’77. Whew, that makes me feel old and irrelevant,” he says with a chuckle and the easy charm that, second only to his guitar work and songs, make his live shows so appealing.

“Once in a Lifetime.” Obviously not a reference the Country Music Association Musician of the Year Award, of which he has enough to last a lifetime. Ten of them. “I don’t know that I deserved a single one, but I do know that I appreciated them.” The title track embodies his positive outlook on each new day.

“I can’t find a reason not to keep on smilin’, come what may, cause every day is once in a lifetime,” he sings in the single that came out in June.

“I wrote that song with my friend Drake White (also featured on it), a great country act on his own,” McAnally says. “We just happened to run into one another at a restaurant in town, having breakfast at separate tables. I was saying ‘Hey’ on my way out of the building, and he asked “How’s everything going?’

“I said “Awesome. Every day is once in a lifetime,’ just as small talk. That’s also how I look at it. I’ve always looked at every day as a singular privilege to be here and make things better, and do something good.

“That’s kind of the way I’m raised, and I give Mississippi a lot of credit. That’s a big part of how I look at life.”

“I give him a lot of credit” for recognizing the potential, McAnally says. “Turns out, we wrote it together, and he was gracious enough to sing on it, too. He’s a way better singer than me. We had a big time singing together.”

The song’s lively spirit uplifts another theme alongside optimism: Appreciation. Again. “If you flirt with not being here …” says McAnally, who nearly three years ago suffered four heart attacks over the course of a weekend, “And, lived to tell the story.

“The men in my family, we tend to just sort of drop in the yard at 60 years old. I like to say it’s out of courtesy. We don’t want to be any trouble to anybody,” he says. “We just sort of collapse. That’s probably what, genetically, was supposed to happen three years ago.” But he got the 100 percent blockage cleared, denying the “widowmaker” its due.

“I’m in the bonus round,” McAnally says, still able to play a show and walk a golf course, “And, I’m so blessed for many reasons beyond that.” That in mind, “It goes all caps that every day is once in a lifetime.”

Optimism and hope are just part of McAnally’s make-up. Growing up, his folks wouldn’t let him watch the news, because of how deeply he’d take its conflicts to heart. ‘I can’t really stand for anybody to be on the short end of the stick or for people to not get along.” That makes these divisive times tough. “We have to find a way to emphasize what we have in common. … I believe we’re more equipped to do that than ever before.

“Americans are particularly blessed to be in America. Earthlings are particularly blessed to be on Earth. We’re in a good spot,” he says. “Sometimes we take way too much for granted.” He likes to put some hope out into the world in all of his shows, such as singing a song like “What a Wonderful World,” made famous by Louis Armstrong. “I try to sing somebody else’s positive song, but in my own way, about how proud I am to be here, how lucky I am to be here, and the lot of things I have to be thankful for.”

McAnally co-produced Jimmy Buffett’s new album, “Life on the Flip Side,” along with Michael Utley — a No. 1 country album and No. 2 pop album released in late May. “I’m proud of Jimmy. I’m proud of all of us,” says McAnally, a longtime Coral Reefer Band member. “To be a first-year Baby Boomer and to have a No. 1 album is pretty impressive in your seventh decade. It is an awesome thing.”  McAnally was finishing up that project in the early days of the COVID pandemic, then immediately turned to work on his own album for the summer release.

While the pandemic has put the kibosh on summer touring and live shows, fans can hear McAnally in a live recording from his house studio, live-streamed in June.

His song, “Alive and in Between,” is another of those point-in-life musings. Southern imagery swirls in it — kudzu vines and June bugs, religion and football. The song had its start in an art exhibition, called “Trio,” some years back that paired a literary work with a visual artist and a musical artist to create works in response.

McAnally was matched with Mississippi-raised writer Harrison Scott Key’s memoir, “The World’s Largest Man.” “Somebody knew me pretty well to pick that book,” says McAnally, who grew up in Belmont and shares its north Mississippi backdrop.

“He wrote beautifully about our area of the state. It also woke up a bunch of childhood memories and stories from Belmont. It’s not a lot different than it was then, and what is different I don’t even see it. When I go there, I’m still a 10-year-old walking down Main Street.” The book brought a brighter focus on that time, he says, and its intro is a guitar lick he’s used tuning instruments for years.

A line in its chorus, “The clock ticks whether you laugh or cry. … Like a June bug in late July, I downplay what it means,” has that gentle nod to mortality. As McAnally says, good-natured as always, “Whatever halftime is, I’m past it.”

But also, as always, he tips his hat to those Mississippi roots for the impact on his musical success. He notes its rich tradition of storytellers (“I don’t know that I’m particularly smart, but I was smart enough to shut up and listen”) and the tight-knit community of his childhood. “You can see, in a small town, how we sort of need one another. A community figures out a way to get along with everybody, because it’s your community.

“I think that gives you a vantage point in life that benefits not only you, but who you come into contact with in life. I’m so grateful that’s where I come from.”

The post ‘Once in a Lifetime’: Mac McAnally’s new album puts hope, optimism on display appeared first on Mississippi Today.