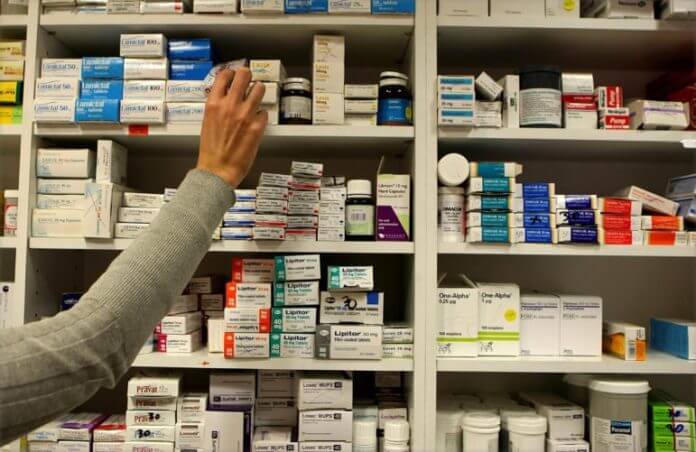 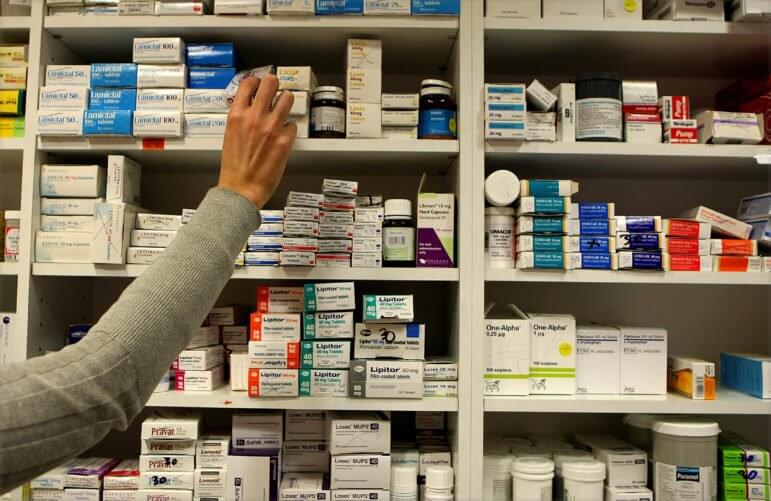 Drugs in a pharmacy.

Fulce, 24, of Weir lost the Medicaid covering her prescriptions on her 19th birthday. She then signed up for AmBetter through the Affordable Care Act, which again provided coverage. But when she turned in her earnings as a self-employed hairdresser in 2019, she was unable to afford the premiums any longer.

Fulce got her prescriptions through her primary care physician but believes she needs a psychiatrist’s evaluation. “But I don’t have $400 for a psych workup,” Fulce said.

Four months ago, she overdosed on Klonopin, landing in the mental ward at St. Dominic’s Hospital in Jackson.

Many families stop buying these types of prescription drugs because of the high cost, said Tandi Karol Weaver Hawthorne, an educator and mental health advocate in Choctaw County.

When her late husband, David, was diagnosed with schizoaffective disorder in 1996, she said they paid up to $1,000 a month for his medication. If not for a combination of Medicare, a private drug plan and extended family support, they couldn’t have afforded his medication, she said. Magellan Health Service, a national leader in behavioral health care management, found that mental health drugs now account for a fourth of all pharmacy spending by private insurance and about a third of pharmacy spending by public payers such as Medicaid.

And that number is expected to increase 60% over the coming decade, the Centers for Medicaid and Medicare Services predicted.

In Mississippi, approximately 77,000 Medicaid beneficiaries had behavioral health diagnoses (a number that includes children but not infants) in state fiscal year 2019, according to Matt Westerfield, communication director for Medicaid. The three primary diagnoses are schizophrenia, bipolar disorder, and depression. “The vast majority of that 77,000 – if not all of them – would be on some form of mental health medication,” Westerfield said.

Availability of medication plays a major role in maintaining mental health, according to the study by the patient advocacy group Mental Health America.

Blue Cross/Blue Shield of Mississippi and United Healthcare did not respond to requests for information on how they construct these lists or the prior authorization process, which is how doctors attempt to convince the companies to cover the drugs not on their approved list.

Westerfield said the cost of high-priced drugs shouldn’t affect those on Medicaid.

“For beneficiaries in regular fee-for-service Medicaid, there is a $3 copay for any drug regardless of what medication is prescribed, and children, pregnant women and long-term care residents are exempt from that copay,” he said. “In Medicaid’s managed care program, two of the plans don’t charge beneficiaries a copay for medications, and the third plan charges a $1 copay.”

There is a limit, however, of how many prescriptions Medicaid patients can receive — six. Those under 21 are eligible for more if medication proves necessary.

Pharmacists are ‘a crucial part of the treatment team’

Pharmacists also offer solutions through generic medications as well as transportation and delivery options, said Bob Lomenick, whose pharmacies in Oxford, Holly Springs, and Potts Camp treat more than 3,000 people. “A lot of people are on fixed incomes.”

He said that insurance companies are starting to realize that restricting access to needed medications can be detrimental in the long run. “Payers are finding out that patients that don’t take their medications correctly costs the system a lot of money,” Lomenick said.

New drugs are expensive, Lomenick said, noting that Latuda, a mood stabilizer and anti-psychotic, costs him $41 dollars a dose, while the popular ADHD drug Vyvance costs him $10 a dose. “Those ADD drugs are being used a ton these days—some justified, some not.”

Terence H. Brown, a pharmacist at GAC Community Pharmacy in Canton, said many manufacturers work with patient assistance programs, such as RxAssist, RxHope and GoodRx.

Teresa Parker, compliance director for Region 7 Community Counseling in West Point, says that connecting clients with patient assistance programs is a part of their plans to aid patients in getting their psychiatric medications. “It used to take only five days to be approved,” she said. “Now it takes three months.”

Delays and costs leads some patients to choose pills for physical ailments over mental health medication, she said. “If you rely on a fixed income, any new medicine, even a $60 medicine addition, that money has to come from somewhere.”

Fulce said that something more needs to be done so that mental health patients like her don’t fall between the cracks. “For someone who’s never had a severe mental health issue, they don’t have any understanding of what this is like. It’s not making it day to day—it’s more like minute by minute.”

This story was produced by the Mississippi Center for Investigative Reporting, a nonprofit news organization that seeks to inform, educate and empower Mississippians in their communities through the use of investigative journalism. Sign up for our newsletter. Email Julie Whitehead at julie.whitehead.mcir@gmail.com.