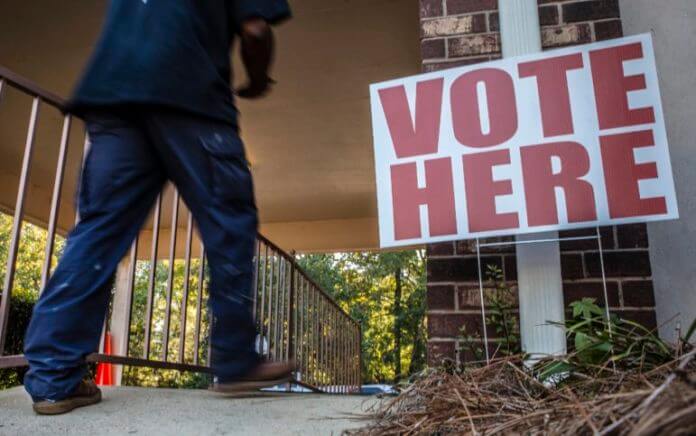 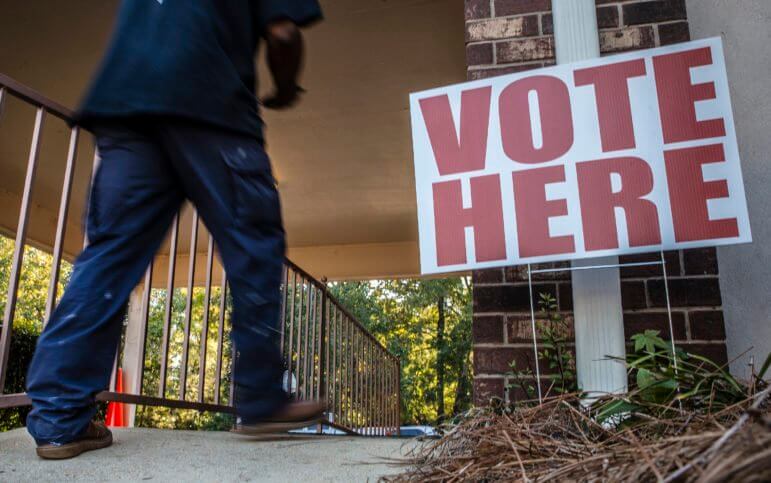 A group of Mississippians filed a lawsuit Tuesday seeking to ensure Mississippians have the ability to vote absentee in November to avoid exposure to COVID-19.

Most states allow people to vote early in person and by mail, but to do so in Mississippi, voters must provide an excuse, such as being away from home on election. The existing law makes Mississippi one of the most difficult places in the nation to vote early.

Many had suggested Mississippi lawmakers did little this year — relative to efforts in other states around the nation — to ease access to polls during the coronavirus pandemic. But the lawsuit filed on Tuesday argues that the language of a law they passed in June should broadly expand Mississippians’ ability to vote absentee.

“Over the last month, Mississippi has proven to be a consistent COVID-19 hot spot with the numbers of infections and deaths increasing, not decreasing,” said Vangela M. Wade, CEO of the Mississippi Center for Justice, in a news release. “Any requirement that citizens gather in polling places to cast their ballots would show a callous disregard for the health of our communities that would likely chill the voting process resulting in constructive disenfranchisement of thousands.”

The legislation in question, which has been signed into law by Gov. Tate Reeves, stated that any person under a physician-imposed quarantine related to the coronavirus or who was caring for someone under a physician-imposed quarantine could vote absentee. The quarantine language was an amendment to existing law that allows people to vote absentee if they had “a temporary or permanent disability.”

The lawsuit, filed by the Mississippi Center for Justice, the American Civil Liberties Union and the ACLU of Mississippi on behalf of a group of Mississippians concerned about voter safety, is asking for a judicial ruling on the law passed earlier this year.

“The legislative history of this expansion makes it clear that a ‘physician-imposed quarantine’ does not require a doctor’s guidance given individually to the voter, but would also include guidance from the Mississippi Department of Health, whose director is a physician, and other public health officials and experts who are physicians,” the lawsuit states.

The lawsuit comes as the issue of early voting and voting by mail has become contentious in the nation, with President Donald Trump voicing opposition. Without providing proof, the president has continually alleged that voting by mail is fraught with fraud.

Presidential elections normally have the highest voter turnout in Mississippi with more than one million people participating. Experts have been predicting an unusually high turnout this year in Mississippi for the election, where former Vice President Joe Biden will challenge Trump.

Existing state law had already included language that allowed people to vote early for a temporary or permanent disability. At one point, Secretary of State Michael Watson, who oversees state elections, said that individual county circuit clerks at their discretion could use the existing language to allow people trying to avoid contracting the coronavirus to vote early.

But after the bill passed, Watson asked for an official opinion from the Attorney General Lynn Fitch’s office on whether the language referencing the physician-imposed quarantine would prevent the circuit clerks from using their discretion to allow people to vote early based on a temporary disability. Watson has not yet received a response from Fitch.

House Apportionment and Elections Chair Rep. Jim Beckett, R-Bruce, said it was not his intention when the bill passed the Legislature this year to limit the ability of the circuit clerks to use their discretion.

The lawsuit filed this week contends that state law should give Mississippians trying to avoid contracting the coronavirus the right to vote early.

“This lawsuit makes clear that Mississippi law allows absentee voting for many people during an event like the COVID-19 pandemic,” said Joshua Tom, legal director for the ACLU of Mississippi.