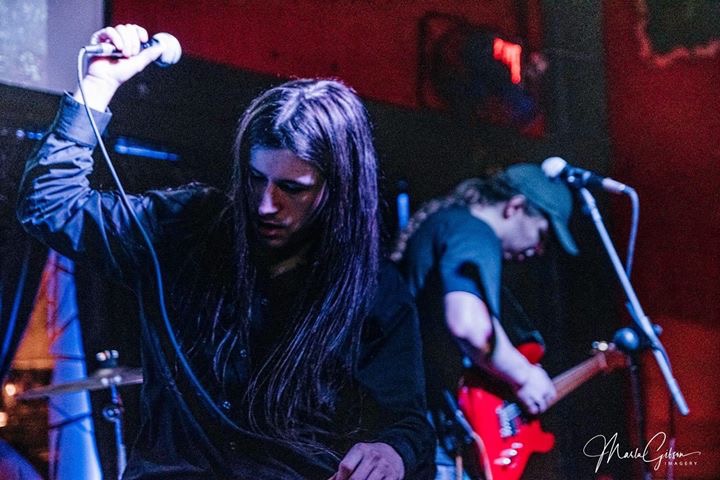 This Saturday, The Thirsty Devil is hosting an amazing band named Critical Hour starting at 9:00. Our Tupelo’s own Marla Gibson had a chance to sit down and talk with the band.
“It Factor” : Something super critical when it comes to musicians trying to make it big, and it is something that this band has in spades. They ooze Charisma and “Rockstardom.” I have been following this band for a while now and it has been a real privilege watching them from early beginnings to where they are now.
When I first saw them at Romie’s Grocery almost a year ago, I really wasn’t expecting much. There was almost no one on the back patio to see them play, just a few people who were obviously friends with the band. But when they stepped on that stage, the entire atmosphere changed on the patio — it became vibrant and energetic. I was floored!
There were four young men jamming out to music that I grew up with, music that I cherished and adored, and they were killing it. I instantly became a fan and I have been following them ever since. Now when you see them play at The Thirsty Devil or Romie’s Grocery, it quickly becomes standing room only. The word has certainly started to spread around town about these talented musicians.
Critical Hour consists of Trey Chadwick, Keaton Barkstrom, Cody Barnes, and Nik Barkstrom. Currently, they are playing in the Tupelo area as a rock cover band, but they are currently working on cutting their first full-length album of original music. They cover a wide range of rock music that spans several decades. Everything from Led Zeppelin to ZZ Top, Foo Fighters to Stone Temple Pilots, Panic at the Disco to Highly Suspect, and many others.
These guys are super talented and they always put on a great show. The energy they put out is amazing and you can tell that they really enjoy rocking out with the crowd. One of the things I most admire about them is that when they take a break they actually go out among the crowd and introduce themselves. It has been rather amazing to watch as they make not only new fans but new friends as well.
I could tell you how they have some pretty deep roots in the North Mississippi music scene. Trey’s father, Jerry, is the bassist for Full Tilt and was also associated with another well-known cover band here called the Spunk Monkees. Cody’s dad was also in a band called Hired Gun. I really did think about going into that in depth in this article, but I won’t. I really think that even with all the musical roots that these guys have, that their own music and performances speak for itself. They do not need any name-dropping to highlight what they do so well that is consistently getting them booked at local venues in the area. If you haven’t made a point to go see them play you are certainly missing out.
I sent the guys some questions to do a Q&A session with them. Here are 16 questions with Critical Hour.
Marla: What is the origin of the name Critical Hour?

Latest posts by marla.gibson (see all)