OurTupelo Stay in the Know With OurTupelo
Home Our Tupelo Exclusive Do You Want to Break Free from the Limits of Time? 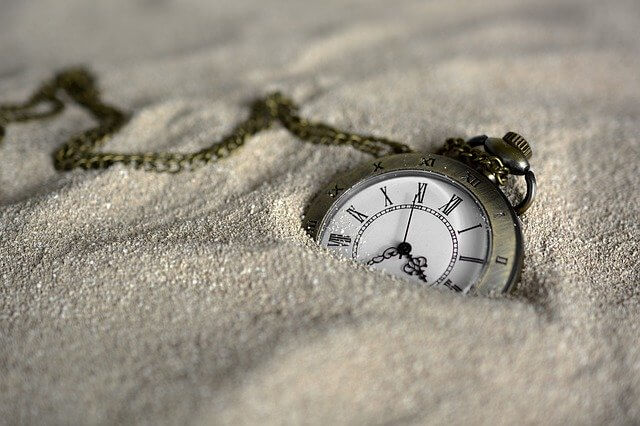 Time. It is a concept that in today’s society we must understand in order to cope, but in the grand scheme of life…it is actually not even relevant. I was listening to a training this week by a well-known leader when she made a statement that really resonated with me; yet I had never stopped to think about it until she stated the obvious. That the concept of “divine timing” is actually a controversial statement in itself because there is no concept of time on the level of the Divine. We, as humans walking this earth, invented time as a concept to help us. It isn’t relevant beyond us here on earth.

I remember going to church as a child and hearing that in heaven there was no “time” and thinking so deeply on it my little brain was perplexed. I couldn’t imagine no time. Nothing was given a linear scale of measurement in that spot called heaven. I literally could not fathom it. Then, as I grew older and became an adult…here I am, still trying to wrap my mind around that factual piece of science. That time is only good where time is recognized.

Time has been a pet peeve of mine since I was young. If something starts at a certain time, I never understood people who could not get there on time. I mean, you know when it starts. Matter of fact, I was always early. If I couldn’t be on time…I just wouldn’t show up. I hated being late. So, it has been something that probably irked me more than the normal human to even try to daydream what life would be like without time measurements. Come to think of it, it’s probably an easy concept for people who don’t pay attention to time to begin with…not naming any names. You know who you are. I seriously don’t even know how you can cope with the whole no concept of time going on, but who am I to judge?

Here I am. Thirty-eight years old. Trying to wrap my brain around no divine timing, because timing doesn’t exist in the divine. How that changes things up for me still is unrecognizable. What really matters if you take time away from it all? Would we even care about everything that we normally care so much about if there was no concept of time? Would we stress as much as we do with no time? Would we worry about what others think? Would we respect others more or less? It brings on a whole lot of questions that kind of makes my adult brain hurt to dig that deep right now. All I know is that time is a concept that I don’t need when I am living in alignment with the Universe. It isn’t about timing at all. The Divine always says yes. The Universe always has my back. It is always bringing me closer to my desires right when I want or need them, but because I am stuck on time and linear levels…I stand with a gap of misalignment between me and the amazing gifts the Universe is trying to give me.

What if we removed time from our table of manifesting and tried instead to reach deep within to find what we need on an alignment level instead of time level? On a level of becoming the person I need to become and aligned with my desires so that I can reach my next level self. Maybe I am too hard on myself because I put time tables on myself. I think too much on the level of time. If I erased that, would it change who I am and how I show up for myself? Probably so. I still don’t know that I can even grasp the concept of no time, that is going to be a hard one for me, but it is worth trying to do so. Slowly. Lots of baby steps. Granting myself permission to let go of the control even on a time level and remember that in the divine scheme of life…time really is irrelevant. When we die…it won’t even exist. It might lessen our stress to try to loosen our grip on it some…that still is yet to be seen. I actually think it might stress me out more, but I am going to give it a shot. I could probably use the extra “time” to do some other things that are more aligned for my divine being anyway.

Until next time folks…time keeps ticking. 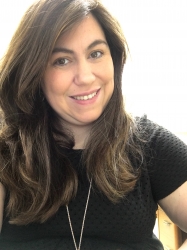 Blair was born and raised in Tupelo, Mississippi. After graduating high school in 1999 she lived in Birmingham and Florence, Alabama before moving back to Itawamba County, Mississippi in 2008. She is an avid yoga lover, free spirit, shopping addict and mom to three beautiful children Parker, Millie and Jackson. She is currently residing in Northeast Mississippi with her husband Jeremy and enjoys traveling in her spare time.

Blair has a 19-year background in Corporate America where she worked with billion-dollar companies such has Hilton, Marriott, IHG, Starwood and others. She was called in to create a massive profit in a business so that the company could flip the business or make an investment.
She specialized in working with business investments that had gone bad so that a quick profit could be achieved. Some of her projects included businesses that had been costing the company money for five years straight and she brought them to a massive profit level in just six months. This became her signature method of seven figures in six months that she used over and over.

Blair created a legacy in the corporate world where she was sought out for her expertise. The corporate life while exciting and well-paying was exhausting to the single mom of two kids. Blair brought her skills to the online world where she began to help online businesses create a massive flow of profit in a short amount of time. This allowed her the freedom to enjoy her life, travel more and give time to her family.

Blair recently took her interests to her own passion since childhood…writing. She owns Blair Hayse Publishing which offers all-inclusive services to authors to publish their works and create best-selling authors. She offers collaboration books to new authors to build them their own platform. Just this year alone she has helped 34 women become best-selling authors. She writes for Thrive Global and Elephant Journal regularly. You can purchase her books on Amazon under the She is Magic Series.

Blair currently is a Massive Profit Growth Strategist Coach, three-time best-selling author and international speaker. She supports her authors in increasing their platforms and using their books as leverage in their business. She also offers free resources and paid programs to those interested in furthering their writing experience to become an author. She hosts a semi-annual conference which usually averages around 400 attendees and offers private coaching to her clients. Recently her company has founded a non-profit sector, RISE Movement, Inc. where they are supporting those who need it most to provide reading and writing opportunities.